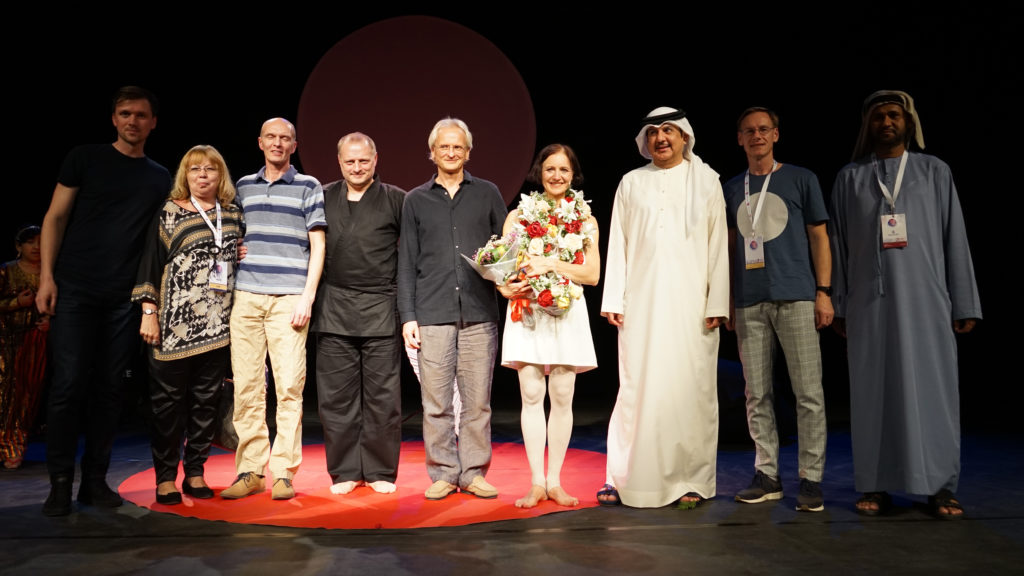 The team of Solo Theatre visited the FIAF-2020 (Fujairah International Arts Festival) where the international premiere of the play “BUDDHA IN THE ATTIC” based on the novel by Japanese-born American writer J. Otsuka took place on the 21st of February, 2020. One of the largest performing arts festivals in the UAE was organised on 20-28 February, 2020 in Fujairah where over thirty performances and concerts were shown and visited by several hundred guests including stage professionals, journalists from all over the world. The performance “The Buddha in the Attic” of the Lithuanian troupe became an event of the festival as it did not lack the attention of the international press and colleagues. The performance was filmed on Fujairah TV.